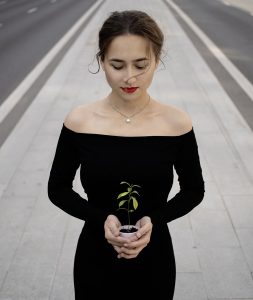 A whole C minor programme by the Russian virtuoso Anna Tsybuleva, winner of the Leeds Piano Competition in 2015, ranging from CPE Bach to Prokofiev via one of the peaks of piano repertoire of all time, Beethoven’s Patetique.

Described by Gramophone Magazine as embodying “superb pianism and intelligent musicianship”, Anna Tsybuleva shot into the international spotlight in 2015 when she was crowned First Prize Winner of the Leeds International Piano Competition.  She received wide critical acclaim for her winning performance, and was described as “A pianist of rare gifts: not since Murray Perahia’s triumph in 1972 has Leeds had a winner of this musical poise and calibre” (International Piano Magazine).

Drink deal tickets are unassigned seats in the mezzanine area including a glass of wine, a beer or a soft drink. Seating is first come first serve. All other tickets include the three course meal which is served after the concert is over at around 8:15pm in the ground floor restaurant area.