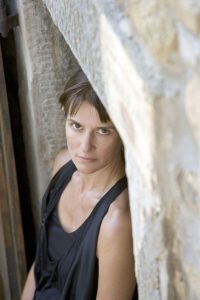 “To hear Mullova play Bach is, simply, one of the greatest things you can experience”, wrote The Guardian. One of the world’s greatest violin virtuosos, Viktoria Mullova’s musical horizons continue to expand. She has journeyed into the world of jazz and world music, she works regularly with the period ensembles such as Orchestra of the Age of Enlightenment, Il Giardino Armonico, Accademia Bizantina and Venice Baroque as well as appearing each season with top international orchestras and conductors.

The 22-23 season includes a tour of Japan in recital and concerto performances, a European tour with the Orchestre de la Suisse Romande and performances with the National Symphony Orchestra of Ireland.
She continue her duo partnership ‘Music we Love’ with Misha Mullov-Abbado, double bass, featuring his original compositions, arrangements of Brazilian and Hebrew songs and works by Schumann and Bach. Viktoria continues her collaboration with Alasdair Beatson playing Beethoven and Schubert on gut strings and fortepiano. During their three year collaboration they have released their first recording of Beethoven sonatas, recorded and released during the pandemic lockdowns; a second album featuring Beethoven and Schubert appeared in April 2022 and a further recording of Beethoven sonatas will follow.

As well as her own projects, she has also commissioned works from composers such as Pascal Dusapin, Fraser Trainer, Thomas Larcher and Dai Fujikura.

Viktoria plays either her ‘Jules Falk’ 1723 Stradivarius or a Guadagnini violin.

Viktoria is represented by Askonas Holt to which all credits on this page go.