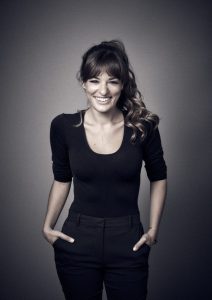 Nicola Benedetti is one of the most sought-after violinists of her generation. Her ability to captivate audiences with her innate musicianship and spirited presence, coupled with her wide appeal as a high-profile advocate for classical music, has made her one of the most influential classical artists of today.

Winner of the 2020 GRAMMY Award for “Best Classical Instrumental Solo,” as well as “Best Female Artist” at both the 2012 and 2013 Classical BRIT Awards, Nicola’s live performance at the 2020 GRAMMY Awards marked the first classical solo violin appearance at the Premiere Ceremony in over ten years. Nicola was appointed a CBE in 2019, awarded the Queen’s Medal for Music (2017), and an MBE in 2013. Aside from extensive touring with the world’s most exceptional orchestras and ensembles, Nicola is one of the leading advocates for quality music education and has worked with over 4,000 students and 700 teachers. She has formalised her vision and expanded her commitment to the education of young people and supporting of music teachers by establishing a charitable organisation: The Benedetti Foundation. In 2021, BBC Music Magazine named her ‘Personality of the Year’ for her online support of many young musicians during the pandemic.

In 2021-2022, Nicola opened the Barbican Centre’s season and amongst others, will collaborate with the London Symphony Orchestra, Netherlands Radio Philharmonic and Cincinnati Symphony. Other season highlights include engagements with LA Philharmonic, Royal Stockholm Philharmonic Orchestra, play-directing with the Scottish Chamber Orchestra, a tour to Spain with the Philharmonia Orchestra, as well as being Artist in Residence at this year’s Aldeburgh Festival.

Nicola is represented by Askonas Holt to which all credits on this page go.