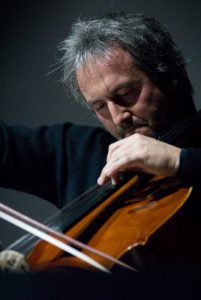 Mario Brunello is one of the most multifaceted and sought-after artists of his generation. A soloist, chamber musician, conductor, and a pioneer of cello piccolo, he is the first European ever to win the Tchaikovsky Competition in 1986.
Brunello is a cellist of an extraordinary talent that balances performing a wide-ranging repertoire spanning from early music to contemporary. Brunello’s authentic and passionate performance style allowed him to collaborate with the most renowned conductors of our generation such as Antonio Pappano, Valery Gergiev, Myung-whun Chung, Yuri Temirkanov, Zubin Mehta, Ton Koopman, Manfred Honeck, Riccardo Muti, Seiji Ozawa, Riccardo Chailly and Claudio Abbado.

Mario is represented globally by AMC, to which all credits on this page go.