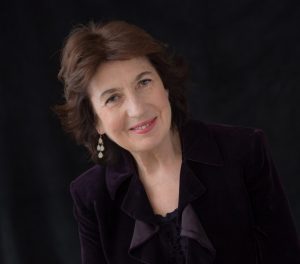 “Those courageous few who have kept live music going during the pandemic are to be cherished and long remembered. The experience of playing at the Fidelio Café is unique, for both audience and performers. A highly sympathetic space, and music created with London going by outside the window with gastronomic delight.”

Imogen is a committed chamber musician and performs regularly with Henning Kraggerud and Adrian Brendel. As a Lieder recitalist, she has had a long collaboration with Wolfgang Holzmair in both the concert hall and recording studio. Her recent recordings for Chandos Records feature music by French and Spanish composers, Beethoven, Liszt and Wagner.

Imogen received a CBE in the Queen’s New Year Honours in 2007 and was the recipient of an award from the Royal Philharmonic Society the following year. In 1997 she was awarded Honorary Membership of the Royal Academy of Music and in 1999 she was made a Doctor of Music at Exeter University. The Imogen Cooper Music Trust was founded in 2015, to support young pianists at the cusp of their careers, and give them time in an environment of peace and beauty.

Imogen is represented by Askonas Holt to which all credits on this page go.